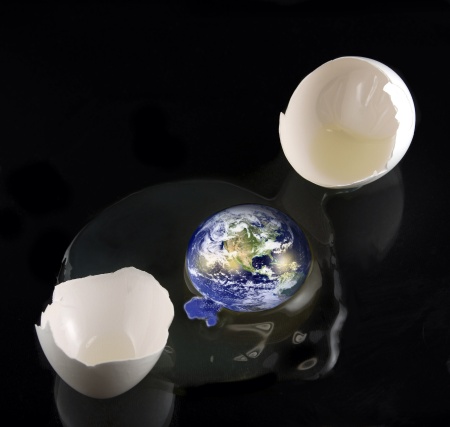 Are thriving no- or low-tech entrepreneurial & innovation ecosystems possible? Is there a way to support and amplify grass-roots innovators in developing countries, or in underprivileged regions of the most developed economies which might not be at the ‘cutting edge’ of scientific discovery? These are questions that have been on my mind for quite some time. Recently I had the privilege of discussing this topic with Muhammad Aziph Dato’ Mustapha, CEO of Yayasan Inovasi, the Malaysian Innovation Foundation.

Aziph was on a panel discussion I was invited to moderate at the 39th Annual Meeting of the Islamic Development Bank last week. It was a great privilege to meet Aziph, learn more about his work in inclusive innovation and in-situ incubation and discuss the replicability of the Malaysian model he champions, globally.

Most discussions of entrepreneurial and innovation ecosystems revolve around universities because that’s where a lot of ‘tech’ comes from. Silicon Valley has Stanford; the Boston area has MIT; Cambridge (UK) has the University of Cambridge. My career developed at the cutting-edge of science and technology, commercializing research to achieve both economic sustainability (profitable business) and social benefit. Although I got my start in one of these center – Kendall Square in Cambridge, Massachusetts – I have been trying to help others in challenging environments for the majority of my career. Everywhere I’ve been everyone wants to build the next Silicon Valley, whether it’s the Silicon Taiga in Siberia or a Rainforest in the Saudi Desert.

There is nothing inherently wrong or right with universities being the ‘hub’ of ecosystems. The ecosystems I mentioned arose organically, and all evidence seems to suggest that it was the confluence of academic, government and private-sector influences that gave rise to them in the spirit of Henry Ezkowitz’s Triple Helix. It is a great development in the evolution of higher education, that spillovers into society and economic development impact are growing.

But should the dialog on ecosystems focus on high-tech and cutting-edge university research to the exclusion of all else? Of course not. No one has a monopoly on good ideas. That’s the basic premise of open innovation. Human beings are natural ideators.

The importance of ecosystems is that they are self-sustaining, enabling environments that help innovators plant their ideas so that they take root, grow and bear fruit. Human ingenuity is the world’s most underutilized resource. It is underutilized because people are limited by their circumstances. Innovators could find themselves in highly resource-constrained places where not only financial, but also the human capital necessary to make an idea reality, is scarce. Some places are more equal in others in terms of enabling innovators to realize the value of their ideas.

But therein lies the dilemma: is there a way to democratize support, such that innovators and entrepreneurs have access to the services they need to be successful, regardless of where they may be located geographically?

I have voiced my objections to the common assumption that only the most developed economies are the source of solutions to developing-world problems in the post entitled, “Democratization of Innovation.” Of course, that is not to say that there is anything wrong with science & technology. In fact, I am elated over fact that Western research & development efforts are being directed toward solving international development challenges. However, the ‘owners’ of challenges should be full participants in the solutions. This is important, not only because it makes for better solutions, but also because it creates value in communities where value creation – a capacity for innovation-driven economic growth – is absolutely critical.

Even in the US, many high-growth enterprises end up leaving their communities, relocating to ecosystems where they have the support they need to thrive – to the detriment of those communities. Despite today’s unprecedented interconnectivity, ecosystems are hyper-local. Geography and proximity still matter. But this entrepreneurial mobility phenomenon widens the gap between places like Silicon Valley and the rest of the world. How can the gap be bridged?

I return to my original question: Is it possible to create an ecosystem for innovators who, limited by their geography find themselves outside of concentrations of the needed financial and human capital inputs necessary to bring their ideas to fruition?

Yayasan Inovasi runs programs in Malaysia modeled on Anil Gupta’s “walk of enlightenment” in India. I rarely see anything that is really new, but this seems genuinely novel. More importantly, it seems to be working. What Aziph and his team do is go village to village, engaging the elders, to find hidden gems of innovation in the community.

Aziph has engaged about thirty stakeholder from Malaysian universities to accompany him on roadshows in the remotest rural areas of the country. The Foundation celebrates the ideas of all of its compatriots and supports the validation and scale-up of the innovations that rise to the surface. The Foundation plays an essential role in this process of being a conduit between grass-roots innovators, and the knowledge resources of the universities.

It’s kind of the inverse of an ag-extension program, a system for conducting agricultural research and facilitating the application of best practices through outreach and engagement of farmers. As an organized and government-facilitated activity, the practice goes back at least to the Sung Dynasty in China in 1000AD.[1]

Agricultural extension brings innovation from the university to the countryside. What Aziph and his team are doing is bringing innovations from rural villages to the universities and others in the ecosystem that can accelerate their development and adoption. Yayasan Inovasi is taking the ecosystem to the people, doing what he terms ‘incubation in-situ’ rather than making the people go to the ecosystem.

There is so much that I find appealing about this program. Apparently, the Malaysian people do too. Aziph and the Foundation are stars in an local innovation-focused reality TV series. Further, Yayasan Inovasi is ‘graduating’ half a dozen incubatees this year, a testament to the program’s success.