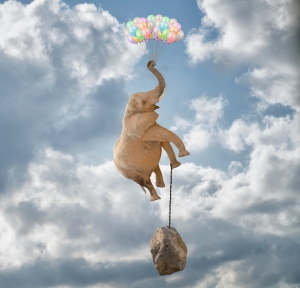 Innovation – both technology and business-model-related – is key to fostering sustainable, inclusive economic development. The developing world needs more, higher-value products and services being dreamed up, designed and made locally, thereby creating the wealth that feeds the ‘tide that raises all boats.’

This is how the Information Age can even out the income inequality among nations that arose with the Industrial Revolution. I have argued that there is a definite competitive advantage to collaborative, innovative solutions with the developing world for the developing world. This forms the basis for a true win-win.

In this, my end-of-year reflection, I am contextualizing some thoughts in the framework of a review of Impact Inventing: Strengthening the Ecosystem for Invention-Based Entrepreneurship in Emerging Markets.

Every Stick Has Two Ends

In Inclusive Innovation, I asked whether low-or-no-tech entrepreneurial and innovation ecosystems are possible. But it makes sense to back-up a little bit here. I was coming from the point of view of having been immersed in innovation ecosystems at research and educational institutions: most recently at a university in the Middle East, and before that in the former Soviet Union associated with sustainable nonproliferation of WMD expertise.

I was approaching ecosystems from ‘end of the stick’ with the generators of new knowledge and technology. From where I sat, entrepreneurial and innovation ecosystems revolve around such universities and research institutions because that is where a lot of innovation comes from. I have argued that need universities to ‘bend’ to the grass roots and become more inclusive in their engagement of the community around them. That facilitates more spillovers and seeds an ecosystem. Universities in the 21st Century are no longer seen as education and research institutions alone, but also have an economic development mission. This is especially true in developing and transition economies.

Impact Inventing comes from the other end of the stick: need-driven social enterprise. Its authors ask what the differences are between their traditional constituency’s problem-solving entrepreneurial ecosystems and those that support invention-based small and growing businesses. ANDE was starting with a business model innovation (social enterprise) and moving in the direction that combined it with technological innovation. The two are converging. This convergence between international development, and science & technology leads to a meeting in the middle where research and educational institutions sit.

I am no stranger to convergence. I started out in the commercialization of space. At that time, government space agencies like NASA and ESA dominated the landscape. Today with the advent of Virgin Galactic and Planetary Resources we are witnessing how public good (like space exploration) and commercial interests are coming together. My work at Payload Systems Inc., and subsequently, Payload Systems International, was trying to do something that was ahead of its time in the late 1980’s and early 1990’s.[i] The same is true in international development.

Since the mid 1990’s I generalized the commercial space experience to international research collaboration and technology commercialization for the dual purpose of international development aims:

In international development, science & technology had been overshadowed by other priorities until fairly recently. Decades ago, nonproliferation efforts aimed at redirecting the talents of former Soviet WMD researcher were at the cutting edge of technology for development. Development agencies weren’t doing it. International economic development efforts under the aegis of Cooperative Threat Reduction efforts were ahead of their time. National security interests converged with humanitarian, development practice.[ii]

Impact Inventing marks a similar convergence between public-private partnerships in the development space, and science & technology. The common thread of my career has been transitioning public-funded technology-driven international development programs into businesses, in order to achieve sustainable public benefit. ANDE – which has focused more on the social impact and public benefit space – is delving into convergence in the science, technology & innovation sphere with Impact Inventing.

Here is some of what I loved about Impact Inventing.

One of the things I appreciate about Impact Inventing, is that it takes a nuanced view of entrepreneurship. In entrepreneurship circles, there is often too much of an innovativeness bias, which overlooks business model innovation in favor of technology-intensity. On the other hand, the social impact movement and international development communities both, have too often allowed development priorities to overshadow the potential of science & technology to address these challenges.

Impact Inventing uses the term “small and growing businesses (SGBs)” to differentiate between scaling and non-scaling small and medium-sized enterprises (SMEs). Simply describing a company based upon its size alone has obvious shortcomings, but the ‘growing’ part – scalability – can be troublesome to identify and quantify. That is especially the case when one considers that there may be a time-defined revolving door between a small business and its growth spurts.

Impact Inventing, then, goes further to examine the specific challenges faced by looking at “invention-based” entrepreneurship. When I led technology transfer operations, we talked about startups having an intellectual-property based business model. IP- and invention-based are not necessarily the same thing. Business method patents, most famously exemplified by amazon.com‘s “1-click” patent, further blur the lines.

But in my experience, there was always a clear distinction between the needs and trajectory of invention-based and business-model-innovation based startups. These too, are converging.

Universities in the Innovation Ecosystems of the Developing World.

Impact Inventing rightly places a priority on the critical role played by universities in the developing world, particularly as it concerns invention-based SGBs. I firmly agree with the emphasis placed in Impact Inventing on the untapped potential of universities to address resource gaps in emerging economy ecosystems: whether it is physical capital gaps, curricular changes related to growing entrepreneurial skills; or IP or other commercialization-related policy and practice gaps.

This Fall, I was in the San Francisco Bay Area for TechCon2014, USAID’s Higher Education Solutions Network and the Development Impact Lab (DIL) at the University of California, Berkeley. At the session devoted to the Impact Inventing report, Nicole Etchart of NESsT discussed a case study in Chile in which, the local university was a critical success factor. It was noted that university engagement was a time-consuming, hard-fought process and that the key to unlocking university resources was identifying and working with internal champions.

Ms. Etchart’s remarks at TechCon2014 in November form an interesting juxtaposition with a conference I attended in October. I presented a paper that focused on building absorptive capacity at the Technology Transfer Society Annual Conference hosted by the Carey School of Business of Johns Hopkins University in Baltimore. The basic premise of my talk was that tailored efforts need to be made to facilitate spillovers between world-class university research and SMEs in transition economies, in order to achieve economic diversification ends.

At that event, I was particularly struck by one presentation by Dr. Nola Hewitt-Dundas from Queen’s University in Belfast, Northern Ireland. Her paper investigated the relationship between University priorities and strategy on technology transfer outcomes. What struck me was that for her institution, academic excellence takes precedence over all else despite external pressures from regional legislative bodies and economic development interest groups. The thinking is that that economic development will follow organically as academic excellence is advanced. Dr. Hewitt-Dundas gave examples of major multinationals that came to the university to participate in research in the university’s field of excellence. That seemed to miss the point.

Engagement of multinationals in industry-sponsored research is a common – but I argue, outdated – university metric. It does not really benefit the region through spillovers into the local economy. PraxisUnico (UK) has done some initial work developing a new set of metrics that better reflect ecosystem impacts as opposed to such things such as industry funding, or patents as proxies for innovativeness. Impact Inventing states this paradox succinctly:

“Despite all of this potential for universities to support invention-based entrepreneurship, it seems that, in large part, universities are disengaged from this ecosystem.” (p. 23)

In follow up to the findings of Impact Inventing concerning the role of universities in developing economies, it could be a very worthwhile effort to develop best practices (or aspirational best practices): a body of knowledge and literature related to fostering development specifically targeted toward university administrators. Having fought the battle for local economic development as an internal champion at a university, I can say from experience that authoritative reference materials and networks could go a long way toward empowering university changemakers.

The fundamental disconnect is that most universities in developing countries base their operations on universities in innovation driven economies. Defying that norm represents a huge barrier for internal champions. University bureaucracies are notoriously conservative. Innovation shouldn’t be a domain exclusively reserved for faculty, but should be inclusive of university administration, as well. The innovation and entrepreneurial ecosystems around Stanford and the Massachusetts Institute of Technology stem from innovative policies adopted by university administrators, rather than discoveries of individual researchers.

Economic development and community engagement are often the orphan step children of institutions whose primary focus has historically been education and research. What is needed is a developing economy version of the American University Economic Development Association. Catalyzing the formation of such a group and working with stakeholders to develop best practices – with Impact Inventing serving as a good starting place – could be quite impactful in leveraging universities’ contribution to their local innovation and entrepreneurship ecosystems. I could see this forming under the auspices of The World Academy of Sciences which, serves a developing world constituency.

Ms. Etchart and Dr. Hewitt-Dundas represent an interesting polemic when it comes to universities’ role in an innovation and entrepreneurial ecosystem. A meeting of the minds in the middle – building bridges across these divergent stakeholder groups – is essential to realizing the nascent power of people and their entrepreneurial drive beyond university walls. Leveraging universities’ capacities and knowledge resources to address development aims is of paramount importance.

While universities may not be the main proponents addressing all of these issues, as an epicenter of knowledge and purveyor of evidence-based practice they are a natural partner in the development equation. The issue is how to make the walls of the ivory tower more porous in a more pervasive way.

In November, I was honored to have been invited to attend NIST’s “Innovations in STEM: National Priorities and NIST” Symposium with Historically Black Colleges and Universities (HBCUs) and other Minority Serving Institutions (MSIs). The event focused on approaches to foster entrepreneurial and innovation ecosystems among underserved communities in the United States. Again, educational institutions (HBCUs and MSIs) take center stage in efforts to make empowering innovation more inclusive.

Given planetary boundaries, and income and opportunity disparaties at home and among nations, it has become even more critical to reinvent ecosystems to accommodate new kinds of partnerships, and engage differing sets of partners in new ways. At the core of ecosystems are human beings and their relationships. Information Age technology is a great enabler of these new types of ecosystems that, hopefully, will harness the underutilized collaborative power of human ingenuity to address pressing global-scale challenges and achieve greater equality.

[i] The best coverage of this story is in Selling Peace: Inside the Soviet Conspiracy that Transformed the U.S. Space Program by Jeffrey Manber.

[ii] The best in-depth treatment of this convergence is in Containing Russia’s Nuclear Firebirds: Harmony and Change at the International Science & Technology Center by Glenn Schweitzer.